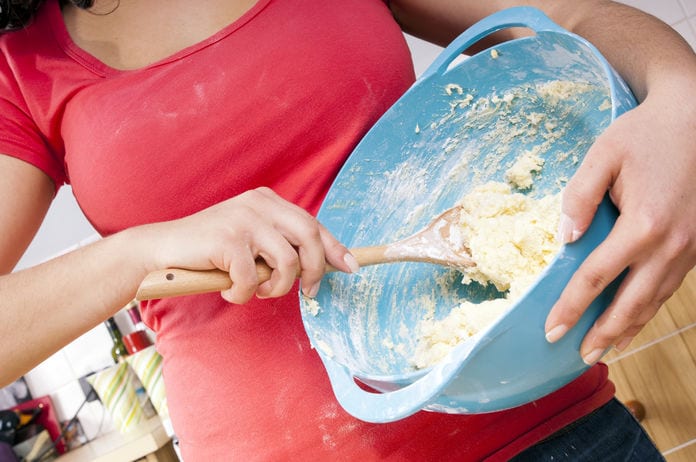 Flour, once though to be the "safe- ingredient" now linked to yet another recall for Salmonella © PixelRockstar.com
Food Safety Updates

Bakers are warned to beware as flour is once again found to contain Salmonella bacteria.  The danger, of course, is due to both cross contamination of the kitchen and that many people eat raw dough or batter – both of which contain non-heat treated flour that can contain the live bacteria.  While most bakers and cooks know about the dangers of raw eggs, unpasteurized dairy, or other raw materials, flour has been traditionally seen as one of the safe ingredients.  But after several high-profile outbreaks, one was Nestle Cookie Dough, the public is on notice.

Consumers who have purchased these five-pound bags of unbleached flour should not use them but should dispose of them properly. If it is uncertain as to whether flour in a cannister came from a potentially contaminated bag, that flour should not be used.

The Food and Drug Administration (FDA) and the Centers for Disease Control and Prevention (CDC) warn consumers not to eat raw products made with flour. The FDA advises consumers to keep raw foods separate from other foods while preparing them to prevent any contamination that may be present from spreading. Be aware that flour may spread easily due to its powdery nature. In addition, all surfaces, hands, and utensils should be properly cleaned after contact with flour or dough, especially flour that is potentially contaminated with salmonella.

Salmonellosis, the infection caused by salmonella bacteria, often results in acute gastroenteritis, an illness that usually results in diarrhea and/or vomiting due to severe inflammation of the stomach and intestines caused by the bacteria. Infected individuals typically begin to experience diarrhea, fever, and abdominal cramps 8 to 72 hours after eating contaminated food. The diarrhea, which may be bloody, may start suddenly and without warning. Other symptoms occur less frequently, including headache, nausea, vomiting, joint pain, and fatigue.