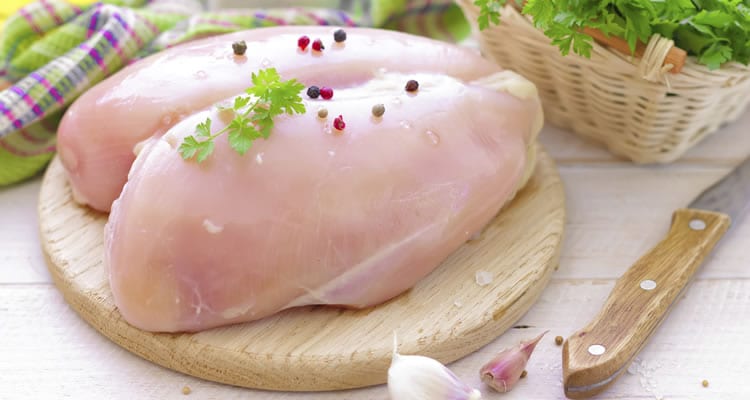 USDA Finds Salmonella in a Third of Ground Chicken.
Uncategorized

USDA Finds Salmonella in a Third of Ground Chicken.

The U.S. Department of Agriculture (USDA) regulates the nation’s meat supply. Their primary role is to protect consumers from this bacteria, salmonella, which can cause serious illness.  To protect consumers, Consumer Reports (CR) tested 351 packages of ground meat and found dangerous bacteria in almost a third of the chicken samples. Salmonella was found in 31%, or 23 of the 75, samples of ground chicken that the group tested. Each year, more than 212,000 Americans are sickened with antibiotic-resistant salmonella in food, and 70 die, according to the U.S. Centers for Disease Control and Prevention.

Salmonella symptoms can include:

“The USDA allows far too much chicken contaminated with salmonella on the market and puts the burden on consumers to protect themselves,” said investigative journalist Lisa Gill, who broke the story reporting the findings. “There are steps we can all take to reduce the risk of getting sick, but that can be harder to do with ground meat.” To prevent food poisoning in your kitchen: