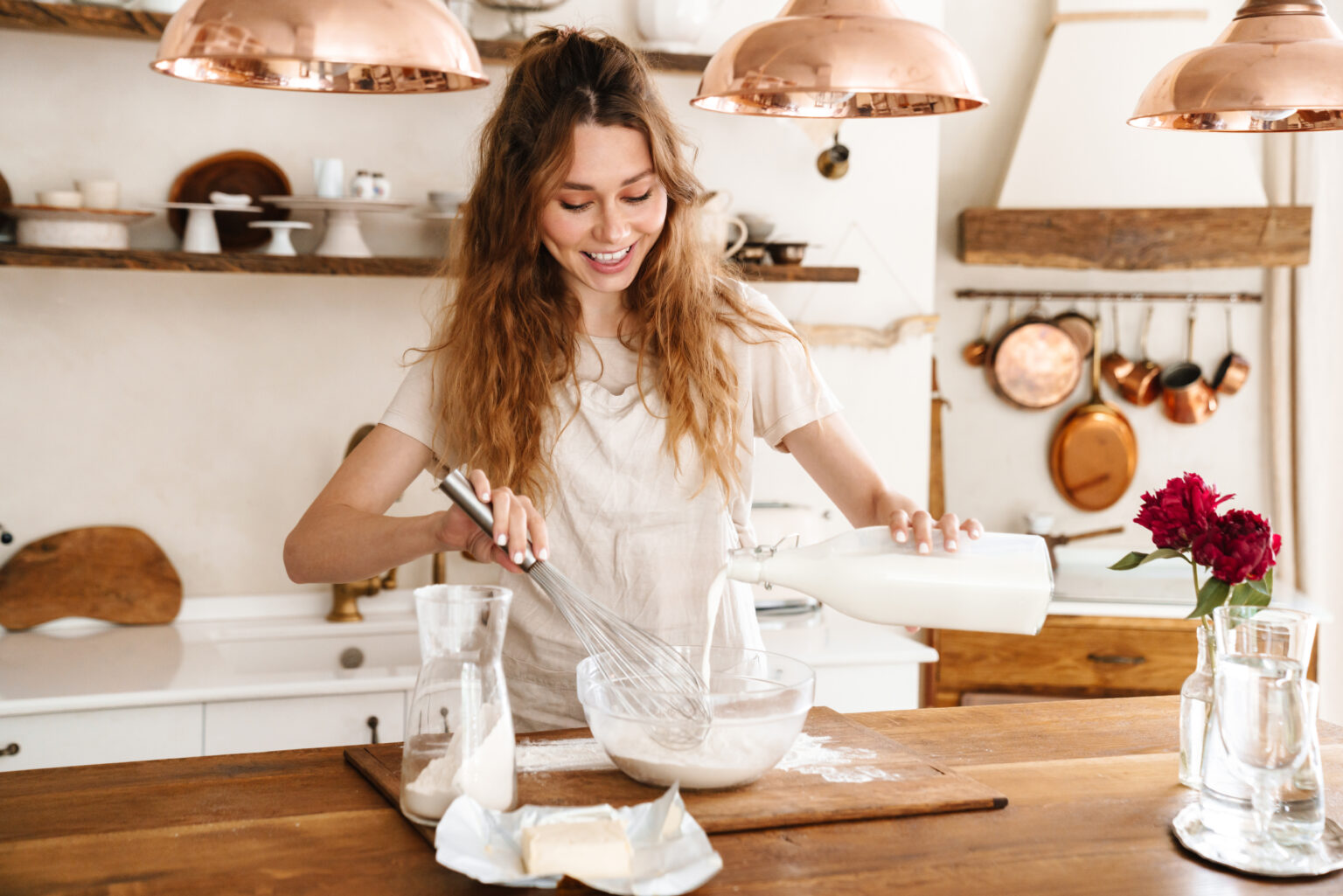 Baking is fun and can be a healthy family tradition, but baking with a little self-control is a must!
Helpful Articles

People love baking treats, especially little kids. They get to roll out the dough, cut the cookies into little shapes, and maybe even try a little bite! Many may not realize this, but this “little bite” can be dangerous. Raw cookie dough and cake batter contain raw flour and eggs, which can harbor harmful bacteria, like E.coli or Salmonella.

Raw cookie dough and cake batters have long histories of food poisoning outbreaks. For example, in 2016, several dozen people in over 15 states were infected “by a strain of bacteria called Shiga toxin-producing E.coli”, due to consuming raw cookie dough. Another outbreak that also occurred in 2016 ended up having “more than 60 people” who “became ill with the bacteria”. And just a few years ago, General Mills, a U.S.-based food company, had to recall “more than 10 million pounds of flour” due to the possibility of an E.coli contamination.

Side effects of these bacteria can be serious.  Salmonella symptoms can include diarrhea, fever, stomach cramps, and the side effects of E.coli include stomach cramps (which can be very severe), bloody diarrhea, and in some cases vomiting. While most people will feel like they have fallen ill with a pesky stomach bug, for some, the illness can be life-threatening. Young children, older adults, pregnant women, and those who are immunocompromised are a part of the group who are most at risk of being hospitalized or developing severe complications from these bacteria.

According to one national food poisoning lawyer, who addressed the danger these products pose to children:

“The threat is real. Children love to watch their parents and older siblings bake, and part of the experience is often getting to ‘lick the spoon or eat batter or dough before it gets put in the oven. But it’s important to remember that the baking operates as a ‘kill step’ in terms of food safety, with the heat killing potentially deadly pathogens like salmonella or E.coli.”

As raw flour and eggs are rarely treated to kill bacteria, and are ingredients in raw most cookie doughs and batters, it is imperative that consumers think twice before allowing their children, or themselves, to consume these uncooked products.

Here is the CDC’s “What You Need to Know” about Raw Dough:

Baking is fun and can be a healthy family tradition, but baking with a little self-control is a must!