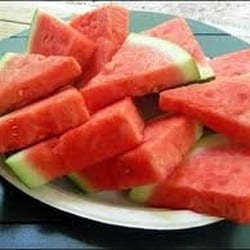 The strain of salmonella bacteria that has most recently been linked to pre-cut melons has a history dating back to 1943. Pre-cut watermelon, honeydew melon, cantaloupe, and fruit medley products have recently been recalled from a number of stores across the US because they are potentially contaminated with Salmonella Adelaide.

The Centers for Disease Control and Prevention (CDC) reports that 60 people in 5 states have been infected with the Salmonella Adelaide strain of bacteria infection. Of those who have become ill after eating the pre-cut melons, 31 have been hospitalized. The fruit products had been distributed by Caito Foods, Inc., to grocery stores in 22 states.

Salmonella Adelaide is a strain of foodborne bacteria that can cause serious food poisoning symptoms in anyone who has consumed a contaminated product. Public health investigators attempt to trace back the reported illnesses to determine the type of strain and whether the illnesses are connected, identifying an outbreak. In the case of the pre-cut melons, it was determined that most consumers who became sick had eaten pre-cut cantaloupe, watermelon, or a fruit salad mix with melon that was contaminated with the Salmonella Adelaide strain.

If you have become ill as a result of Salmonella Adelaide contamination, please contact the food poisoning lawyers at 1-888-335-4901 to learn more about your legal options.

What to do During a Salmonella Outbreak

Primer on Melon Safety in Wake of Melon Salmonella Outbreaks