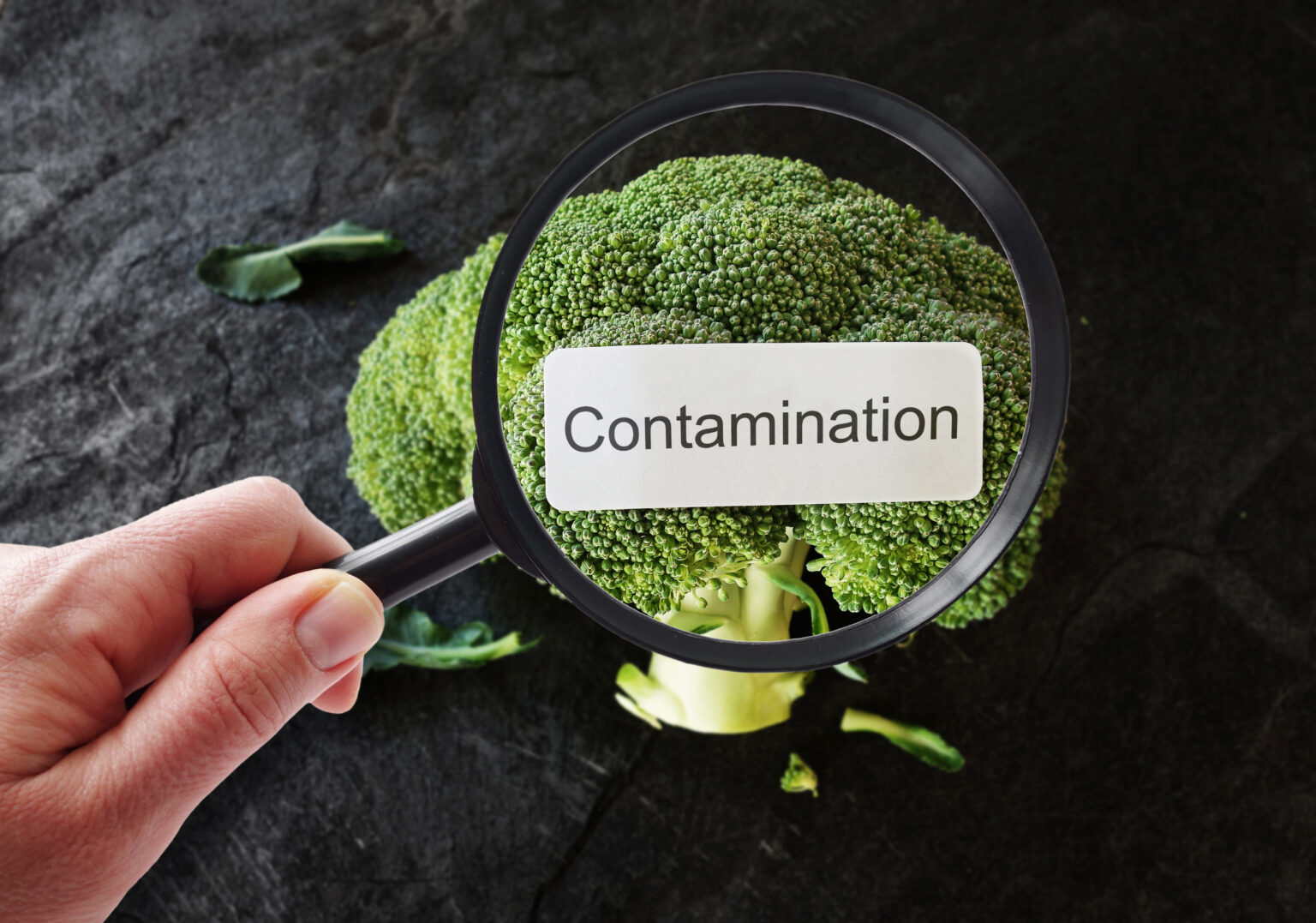 Over the years, the United States has seen several foodborne illness outbreaks, some of which have been more lethal than others. The Centers for Disease Control and Prevention (CDC) estimates that contaminated food causes approximately 128,000 hospitalizations and 3,000 deaths yearly. The number of cases is usually higher during an outbreak than in a normal year. Foodborne illness outbreaks typically occur when multiple people contract a similar illness after consuming a common food, and analysis of the food implicates it as the source of the disease.

In the early 1920s, the Public Health Service was responsible for reporting foodborne illness outbreaks in the US. In 1961, the CDC, then known as the Communicable Disease Center, took over the role, and in 2011, it began publishing annual summaries of food poisoning outbreaks online.

The following are the ten deadliest foodborne illnesses outbreaks in US history in terms of fatalities (not the most widespread outbreak) and the measures taken to reduce the amounts of outbreaks.

Oysters exposed to polluted water in the late winter of 1924 caused the deadliest outbreak of foodborne illness in U.S. history. The typhoid fever outbreak traced back to the consumption of raw oysters spread to Chicago, New York, and Washington, DC.

Typhoid fever is a life-threatening illness caused by the bacteria Salmonella Typhi. People contract the fever after consuming food that is contaminated with stool or urine of infected people and through person-to-person contact.

In February 1925, typhoid fever-causing oysters were reported to come from West Sayville on Long Island. At the time, states regulated oyster harvesting in their waters, and federal authorities only intervened when the oysters were moved interstate. Following the outbreak, states agreed to have the federal government coordinate shellfish sanitation through the National Shellfish Sanitation Program (NSSP). The program was successful in putting an end to major outbreaks of oyster-borne typhoid fever.

The Listeria California cheese outbreak was the most devastating and deadliest foodborne illness outbreak in the United States since the CDC began tracking food poisoning outbreaks. Most of the outbreak cases were reported in Los Angeles and Orange Counties, California. The outbreak was traced back to Mexican-style soft cheese made by Jalisco Products, Inc. On June 13, the manufacturer voluntarily recalled the implicated cheese products.

In 2011, a deadly listeria outbreak in the United States was linked to whole cantaloupes from Jensen farms in Colorado. The outbreak resulted in 147 listeriosis infections, 33 deaths, and one miscarriage. The multistate outbreak occurred in 28 states and ended in October 2011.

Listeriosis is a serious but rare infection caused by consuming food contaminated with the bacterium Listeria monocytogenes. In a normal year, about 1,600 people get Listeriosis each year, and about 260 die, according to CDC. The illness is usually life-threatening to pregnant women, adults aged 65 or older, newborns, and persons with weakened immune systems.

5. The Milk-Borne Epidemic of Septic Sore Throat in Portland, Oregon

Another outbreak linked to unpasteurized milk occurred in 1922, resulting in 487 illnesses and 22 deaths. The first victim was a two-year-old child whose clinical picture revealed a sore throat and acute encephalitis. The child died on March 25, 1922. Over the next few days, about 500 people became ill, and 21 more died. According to medical Dr. R.L. Benson and H.J. Sears’ investigations, the outbreak was traced back to a single raw milk dairy that supplied at least 1,400 Portland residents with milk and cream.

The health bureau promptly cooperated with the two clinicians and the dairy management to control the milk source. The raw milk from the dairy was to be heated in any way possible. The strategy worked because the number of new cases of septic sore throat dropped within 24 hours of heating the milk from the dairy.

In 1919, deadly outbreaks of food Botulism in three states (Montana, Ohio, and Michigan) led to 19 fatalities. The outbreaks, which lasted until 1924, were traced back to canned ripe California olives. The California State Board of Health issued an emergency regulation requiring heat treatment (immersion in 240°F water for 40 minutes) after sealing cans or jars to sterilize the contents in 1920.

The prompt move to control the canning process wasn’t very effective as there were still isolated cases of foodborne Botulism. The state then enacted the Cannery Inspection Act of 1925, which was backed up by federal inspection, the National Canners’ Association, and the State Board of Health.

Between 1998 and 1999, the United States experienced its second-largest listeriosis outbreak in history. Over 100 reported cases, 14 deaths, and four miscarriages or stillbirths were reported. The outbreak was caused by frankfurters or hotdogs contaminated by a rare L. monocytogenes strain. Bil Mar Foods produced the implicated hotdogs. The company voluntarily recalled the product, ending the outbreak quickly.

People with weakened immune systems, the elderly, newborns, and pregnant women are the most vulnerable to life-threatening Listeria infections and deaths. Without outbreaks, the CDC estimates that about 1,850 people become seriously ill with Listeriosis, and 425 die each year in the US.

In 2002, a listeria outbreak associated with contaminated sliceable turkey deli meat led to eight deaths and three stillbirths. The deli meats were traced back to a processing plant run by Pilgrim’s Pride Foods.

The company voluntarily recalled about 27.4 million pounds of ready-to-eat poultry products, including roasted turkey breast, cooked deli-style chicken, and chicken breast. This was the largest meat recall in United States history. The previously highest meat recall was a 25M pound ground beef by Hudson Foods in 1997.

A Salmonella outbreak in 2009 was traced back to contaminated peanut butter manufactured by Peanut Corporation of America in Blakely, Georgia. During the outbreak, about 714 people got sick, and nine of them died. PCA later recalled over 3,600 peanut butter products produced in its Blakely plant since Jan 2007. At first, only peanut-butter-related recalls were issued, but later, all products made with peanut paste, such as cookies, were recalled.

Following the victims’ lawsuits against the company, PCA declared bankruptcy on February 13, 2009.

In 2006, about 238 E. coli infections associated with uncooked bagged spinach were traced back to Dole Brand Natural Selections. The implicated company is based in California’s Salinas Valley. The outbreak spread to 26 states, resulting in 102 hospitalizations, 31 cases of kidney failure (hemolytic-uremic syndrome HUS), three deaths, and approximately 205 cases of diarrhea and dehydration.

The FDA issued a consumer alert regarding the food safety of the implicated fresh bagged spinach. Dole recalled all of its bagged spinach across the country to prevent additional illnesses and fatalities.

What Have the Food Safety and Public Health Officials Done To Prevent Foodborne Illness Outbreaks?

Every year, about 3,000 Americans die after consuming contaminated food. The numbers rise during food poisoning or foodborne illness outbreaks which occur throughout the United States yearly. Some of the outbreaks that have occurred in US history have been more deadly than others.

During outbreaks, investigations are conducted, usually resulting in food recalls for the implicated brand and changes in laws where necessary. The CDC reports and publishes data related to foodborne illnesses, and food recalls across the country.