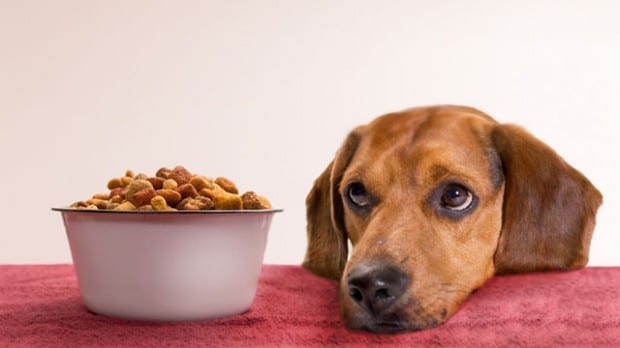 The US Food and Drug Agency (FDA) issued a warning letter to Lystn, LLC, which is operating under the name Answers Pet Food, after positive tests for Salmonella.

The FDA product testing commenced following a 27-day inspection of multiple company facilities, including the facilities of the entity’s contract manufacturer. Investigators focused primarily on the Fleetwood, Pennsylvania facility.

The warning letter informed the company of the results of the testing, which took place shortly after the conclusion of the inspections. According to the letter, the FDA tests revealed the presence of Salmonella in multiple Answers Pet Food products.

The FDA detailed information about two products it found to be contaminated with Salmonella. The letter identifies the following two products by name:

The FDA identifies two concerns with contaminated pet food. The most obvious concern deals with the safety of, and risk to, animals that eat the product. The FDA worries more about the less obvious risk posed by Salmonella-contaminated pet food, which relates to the safety of the humans that live in the same general location as the animals that eat the Answers Pet Food products.

Animals that eat contaminated food are actually less likely than the humans living around them to develop a Salmonella infection. “The association between human outbreaks of salmonellosis,” the disease caused by Salmonella bacteria, “and Salmonella-contaminated pet foods is well established by the Centers for Disease Control and Prevention (CDC)” the warning letter goes on to say.

A portion of pets that contract Salmonella infections may have symptoms such as decreased appetite, fever and abdominal pain. If left untreated, pets may be lethargic and have diarrhea. However, much more than their human owners, dogs have the ability to be infected by the bacteria but otherwise healthy. These “healthy” pets can be carriers, and infect other animals or humans.

In addition to contracting the illness from your pet itself, handling pet foods also pose a risk of Salmonella contamination to human beings. Individuals that handle pet food can be infected with the Salmonella bacteria, especially if they do not thoroughly wash their hands after having contact with surfaces exposed to this product.

The FDA discovered additional violations by simply logging in on a computer. Some of what investigators found on the company’s website violated federal laws and FDA regulations. For example, the letter mentions the fact that the company’s website “makes mention to [its] reliance on cultured whey and montmorillonite, which are food additives,” and makes claims that these additives “control ‘harmful bacteria’.” The FDA took exception to the use of this language, saying that the way the company described the substances

“is beyond their established intended use. As [the] FDA moves forward with implementing preventative controls for food for animals within the Food Safety Modernization Act, firms will be required to validate any method to control a known or foreseeable hazard requiring a preventative control.”

The letter goes on to explain that the substances are considered “additives” under the law, and because the intended use in the dog food is “not in conformity with a regulation prescribing the conditions under which the additive(s) may be safely used,” their presence causes the dog food to be in violation of federal law, and prevents the product additives from meeting the eligibility criteria to be classified as “generally recognized as safe (GRAS).”

The letter is “not intended to be an all-inclusive list of violations.” Given the fact that there was not enough room to include all of the violations that were mentioned in the letter, the prospect that there may be many more is unsettling at best.

If you or a family member have otherwise been adversely affected by food poisoning, please fill out our case evaluation form or call us toll-free at 1-888-335-4901. One of our attorneys will contact you to discuss your potential case at no cost to you.

Centers for Disease Control (CDC) foodpoisoningnews - January 17, 2020
0
This is an old recall from 2017 and is no longer ongoing BrightFarms is initiating a voluntary recall of packaged produce bought in Large Meals...

Centers for Disease Control (CDC) foodpoisoningnews - January 17, 2020
0
This is an old recall from 2017 and is no longer ongoing BrightFarms is initiating a voluntary recall of packaged produce bought in Large Meals...

Yes To Inc. Issues Voluntary Recall of Product Due to Skin...