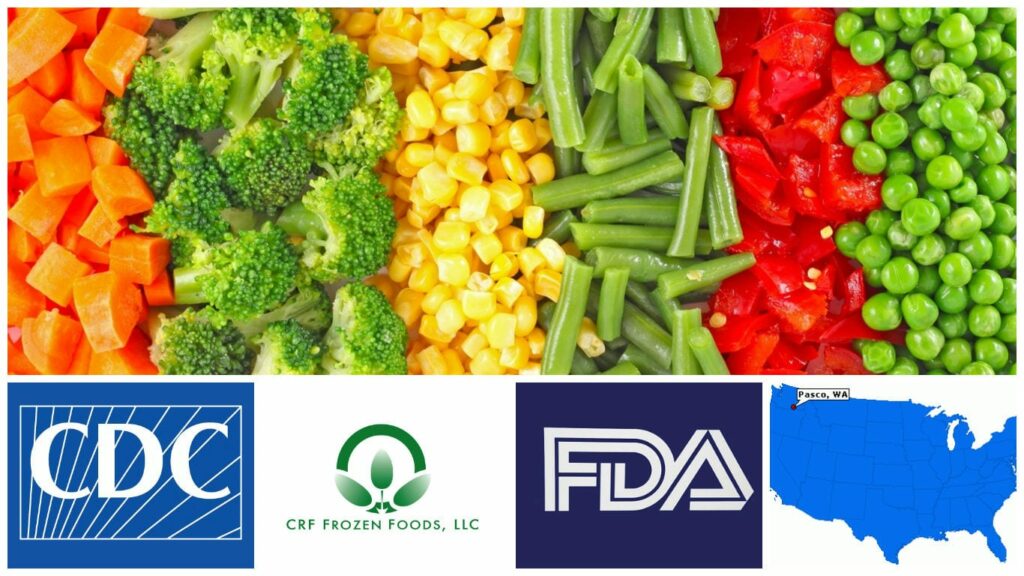 Investigation into Listeria Outbreak that Prompted Recall of Over 450 Products Over, Say FDA, CDC

The CDC and FDA, which have been investigating an outbreak of Listeria tied to frozen vegetable products since March 2016, have declared their investigations over. The outbreak led to the recall of at least 456 different consumer products by CRF Frozen Foods and firms that received CRF-recalled products.

According to the CDC release, the agency confirmed nine cases of Listeria linked to the outbreak. Six of those cases occurred in California. Maryland, Washington and Connecticut each reported one case of the outbreak strain of Listeria.

People with confirmed cases ranged from 56 to 91 years old, with a median age of 76. Females accounted for 7 of the 9 outbreak cases, or 78%.

The first confirmed case occurred in September 2013. Investigators confirmed the link to the current outbreak by using the CDC

All nine cases in this outbreak required hospitalization. Unfortunately, three cases ended in the death of the patient.

When someone with listeria dies, other causes often contribute to that person’s death. This makes determining whether or not the death should be entirely, or in part, attributed to Listeria difficult.

In this outbreak, Listeria was listed as the cause of death in the Connecticut case. For the other two fatalities, which occurred in Maryland and Washington, Listeria infection was not considered as a cause of death.

None of the six California case-patients died.

Investigators first identified this outbreak in March 2016. The Ohio Department of Agriculture collected packages of frozen veggies as part of a routine sampling program. Tests showed the presence of Listeria in True Goodness by Meijer-brand sweet cut corn and frozen organic petite green peas. CRF processed and produced both the peas and the corn.

Further testing showed that the Listeria in the frozen corn was closely genetically related to eight bacterial isolates from case-patients, and the isolate from the frozen peas closely related genetically to one isolate from another ill person. According to the FDA, this “close genetic relationship provides additional evidence that people in this outbreak became ill from eating frozen vegetables produced by CRF Frozen Foods.”

Based on these findings, CRF Frozen Foods ceased production at its Pasco, Washington plant and recalled 11 frozen vegetable products due to potential contamination on April 22, 2016.

After speaking with the FDA and CDC, CRF expanded the recall to include “all of its frozen organic and traditional fruit and vegetable products manufactured or processed in its Pasco facility since May 1, 2014.”

The full list of CRF Frozen Foods products recalled includes familiar brand name such as Trader Joe’s, Signature Kitchens, O Organic and True Goodness. The FDA also compiled a list of downstream recalls made known by the recalling company to the agency. This list includes recalls by well-known companies including Kroger, Hy-Vee and Pita Pal.

If you or a family member became ill with a Listeria infection after consuming food and you’re interested in pursuing a legal claim, contact the Ron Simon & Associates attorneys for a free case evaluation.

QueensMade Lemonade Issues a Voluntary Recall Due to Products Being Adulterated