New Salmonella Outbreak Associated with yet another Mexican Restaurant: This time its La Mex Restaurant in Morris, Illinois

According to public health officials, a recent Salmonella outbreak associated with food served at La Mex restaurant in downtown Morris, Illinois, has caused 8 people to contract food poisoning illness. La Mex restaurant, located at 115 E. Jackson Street in Morris, Illinois, has voluntarily closed its doors while the Grundy Health Department continues to investigate the source of the outbreak.

The Morris radio station, WCSK, stated in a recent broadcast that the time frame of potential Salmonella exposure at La Mex restaurant was between August 31, 2021, and September 7, 2021. Consequently, anyone who dined at La Mex restaurant between those dates is encouraged to watch for potential symptoms of food poisoning. Salmonella infection typically manifests itself within 6 hours to 6 days of consuming contaminated food or drink. Symptoms of salmonellosis usually include diarrhea, fever, and stomach cramps. If you have eaten at La Mex restaurant within the above time frame and begin to experience any of these symptoms, you should seek medical attention, in order to be tested for Salmonella infection.

Salmonella bacteria is one of the most common causes of food poisoning in the U.S, with an estimated 1.4 million cases of infection each year. Healthy individuals typically have no problem recovering from salmonellosis, despite its uncomfortable and inconvenient symptoms. However, infants, people over 65 years of age, and people with compromised immune systems may experience more serious onset of illness which require medical treatment, such as antibiotics.

WCSK Morris radio station’s recent broadcast explained, “at this level, the Grundy County Well being Division stated that ‘this outbreak doesn’t seem like straight associated to operational errors or issues within the institution, however to the meals that its suppliers promote’.

This outbreak is currently under an ongoing investigation conducted by the U.S. Food and Drug Administration (FDA), Centers for Disease Control and Prevention (CDC), and the Illinois Department of Public Health. 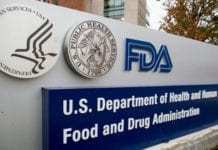