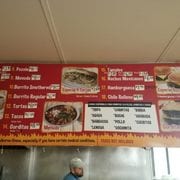 One Dead from Salmonella Outbreak at La California Restaurant: At Least One Employee Tests Positive for Salmonella at the Small Colorado Restaurant as Health Agencies Identify Nearly Three Dozen Victims

Thirty-two customers and one employee who became ill experienced symptoms of food poisoning related to salmonella contamination, including diarrhea and abdominal cramping. The outbreak occurred from November 4 to November 26, 2017, and was determined to have resulted from substandard food safety procedures.

Salmonella complications can include diarrhea, fever, abdominal cramps 8 to 72 hours after eating contaminated food, headache, nausea, vomiting, joint pain, and fatigue. In severe cases, such as in the La California salmonella food poisoning incident, these can lead to death.

For more information about the La California Salmonella Outbreak, or to speak to a Salmonella Lawyer, call the food poisoning lawyers at 1-888-335-4901 today to learn more about your options.