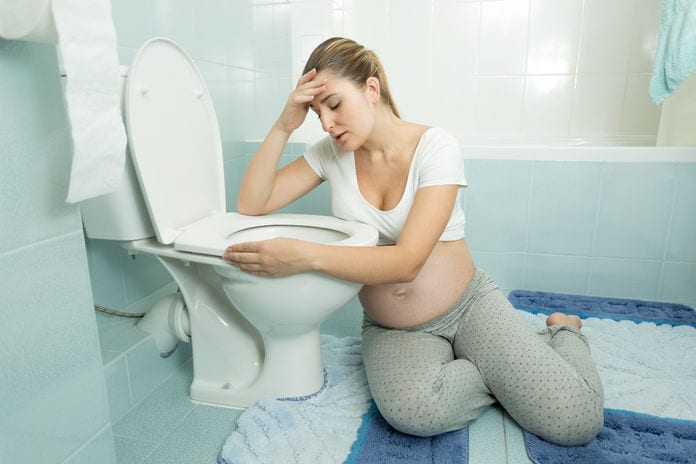 According to the Center for Disease Control, “toxoplasmosis is considered to be a leading cause of death attributed to foodborne illness in the United States” (CDC) – by most counts, the second most-deadly food borne pathegen. Toxoplasmosis is an infection attributed to Toxoplasma gondii, a single-celled parasite that is the third-highest cause of food borne hospitalizations. Although over 40 million people in the United States are affected (22.5% of US residents over the age of 12 have had Toxoplasma), few ever experience symptoms because a healthy immune systems typically keep the parasites at bay.

In some third-world countries, 95% of the population has contracted Toxoplasmosis.

Pregnant woman, (like small children, the elderly, and those with compromised immune systems) on the other hand, must be cautious, for an infection from Toxoplasma gondii could harm both the mother and her child. When pregnant women get food poisoning, like Toxoplasma, despite not showing symptoms of the infection, it can be very dangerous to the fetus.  Becoming infected with Toxoplasma right before becoming pregnant or during pregnancy may result in spreading the infection to your baby. Infected newborns may develop hearing loss, intellectual disabilities, and/or blindness, according to the FDA.

If the mother already has had toxoplasmosis before pregnancy, her antibodies will pass on to her child and give the baby immunity. The Mayo Clinic claims infants are “at the most risk of contracting toxoplasmosis if you become infected in the third trimester and least at risk if you become infected during the first trimester.” The source continues, “on the other hand, the earlier in your pregnancy the infection occurs, the more serious the outcome for your baby” (Mayo Clinic).

You can unknowingly become infected by Toxoplasma gondii by eating undercooked meat, using contaminated knives, drinking contaminated water (a considerable risk in developing countries), or ingesting particles of contaminated cat feces. Ingesting cat feces can be prevented by not touching your hands to your mouth after coming in contact with litter boxes or gardening.

Toxoplasmosis is usually easy to treat with Daraprim, an antimalarial drug, or Spiramycin or Sulfadiazine, antibiotics.