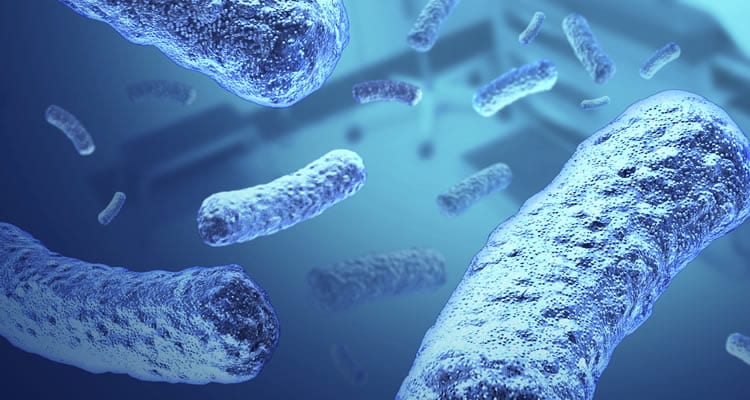 The Five Most Common Salmonella Strains

Salmonella infections (similar to e. coli infections) are caused by a group of infectious bacteria that is responsible for at least 1.2 million illnesses and about 400 deaths annually in the United States. More often than not, people associated the infectious salmonella bacteria with poultry products, but the truth is people can be infected by contact with the bacteria through beef products, fruits, and vegetables, and even contact with pets, namely turtles and hedgehogs.

Are there different strains of Salmonella?

Yes, there are thousands of strains of Salmonella. In fact, more than 2,500 serotypes (distinct variation within a species of salmonella) have been identified to date. However, only a few dozen strains are responsible for the majority of human infections. And interestingly enough, some serotypes only infect certain animals or stay in certain regions. For example, a particular serotype might be limited to human salmonella infection while others can infect poultry or livestock.

What do we know about the many different strains?

Scientists are still learning about the different serotypes and how they interact with humans, animals, and the environment. However, what is known is that some serotypes are more virulent than others and can cause more serious illnesses. Additionally, certain strains have developed resistance to antibiotics, making them tougher to treat.

The 5 Most Common Strains Of Salmonella

There are thousands of unique strains of salmonella, though there are some that are more prevalent and cause more sicknesses in humans than others each year. These five Salmonella strains account for about 62% of human infections in the United States.

Salmonella enterica serovar Enteritidis (S. Enteritidis) is the most common salmonella strain and a leading cause of foodborne illness in the United States, accounting for an estimated 32% of Salmonellosis outbreaks and salmonella infections with a confirmed serotype. S. Enteritidis is most commonly found in eggs and egg products, but can also be found in poultry, meat, and other foods. It manifests in the digestive tract and ovaries of chickens and laying hens, and can be transferred to the meat and eggs through fecal matter.

Salmonella enterica serovar Typhimurium is the second most common strain associated with food poisoning, and is related to chicken and poultry, ground beef, and pork – but like many Salmonella serotypes, can contaminate most any food products. This strain is showing recent properties that are disturbing, being particularly dangerous and hard to eliminate because it and a number of its variants are resistant to antibiotics. Recent reported sources of infections from this strain include “hedge hogs, cantaloupes, peanut butter, tomatoes, and frogs”, says the Center for Disease Control and Prevention (CDC).

Salmonella enterica serovar Typhi (S. Typhi) is a strain that only infects humans and does not affect animals. While it is not one of the most common illness-causing strains, it is closely related to Salmonella Typhimurium, and is the cause of typhoid fever. Though cases have decreased in the United States over the past few years, there are still an alarming number of illnesses and deaths each year from this serotype – with over 4100 illnesses and five deaths every year. The CDC has S. Typhi threat, Level Serious, because of its alarming trend of antibiotic resistance.

S. Typhi continues to be a threat in many developing countries where access to clean water and sanitation is limited. Vaccines are available and are the best way to prevent infection, but they are not 100% effective.

This strain is third most common in cases of food-related illness. This strain is often resistant, like typhimurium, to one or more types of antibiotics. It has been identified in recent outbreak associated with turkey and poultry products, cantaloupe, and alfalfa.

This strain is the fourth most often salmonella serotype associated with sickness from food, and the sources of infection often include products not regulated by the United States Department of Agriculture (USDA). Reported cases have included contact with amphibians in the Southeast United States, as well as mozzarella cheese, watermelon, bass, poultry, lettuce, and tomatoes – each of which (unlike most meats) fall under the authority of the Food and Drug Administration.

This strain is often antibiotic-resistant as well and has most often been associated with poultry and egg products, as well as cattle and livestock. In recent years, many consumers have been sickened when fed prepared chicken that was not heated to an internal temperature of at least 165 degrees.

Yes, Salmonella is pathogenic bacteria and contagious. Infection generally occurs through ingestion of contaminated food or water, or contact with the feces of an infected person. The incubation period (time from exposure to symptoms) is usually between 12 and 72 hours. Salmonella is a common cause of food poisoning in the United States.

How is Salmonella diagnosed?

Salmonella can be diagnosed through stool or blood samples. The bacteria will be cultured and identified by its unique fingerprint. Antibiotics can be prescribed to treat Salmonella infection, but it is important to note that many strains of salmonella are becoming resistant to antibiotics.

How is Salmonella treated?

Most people with salmonella will recover on their own within a few days. However, some people may need to be hospitalized if they develop severe dehydration or bloody diarrhea. Treatment for salmonella infections are generally fluoroquinolones (a class of antibiotics), such as ciprofloxacin, and azithromycin. Some strains have become resilient to these antibiotics because of overprescribing.

Is Salmonella Resistant to Antibiotics?

Unfortunately, yes, many strains are, and in ever-increasing numbers. 71% of S. Typhi has been found to be resistant to ciprofloxacin, a commonly prescribed antibiotic for Salmonella infections.

A recent study found that the Salmonella Typhimurium strains from recent years (2011–2016) showed much antibiotic resistance (AR) diversification as compared to previous year’s ranges. This is because the use, as well as misuse of antibiotics, is on the rise and as a result, antibiotic-resistant strains of S. Typhimurium increased sharply and transmission of these strains occurred in the food chain which ultimately affects humans. The immense use of antibiotics could be the main reason behind the emergence of AR in S. Typhimurium strains.

Salmonella infections present symptoms that include “diarrhea, fever, and abdominal cramps six hours to four days after infection,” says the CDC. The sickness often passes (in healthy individuals) within a week without medical attention, but in other cases symptoms last longer and even worsen in severity. In these cases, serious medical attention should be sought, as there can be more serious complications like post-infectious IBS or Post-infectious arthritis.