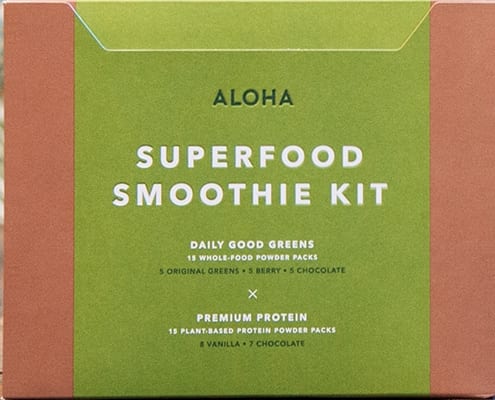 New York based Project Healthy Living, Inc., otherwise known as Aloha, is voluntarily recalling all packages has been compelled to issue a recall of its chocolate and vanilla Premium Protein powders because of fears it is contaminated with Staphylococcus enterotoxin, a dangerous pathogen that can result in staphylococcal food poisoning. The recall follows numerous complaints of serious illness which prompted Aloha to engage in vigorous testing of its product. Now, according to Aloha, it is working with its suppliers, packagers, and the manufacturer to determine the source of the Staphylococcus enterotoxin, and what caused its product to become contaminated. At present, all production has ceased and Aloha has begun to notify all identifiable customers of the recall.

The Aloha protein products being recalled were widely distributed between November of last year and January of this year. They were distributed both in New York, directly, in a small number of retail outlets, and online to customers elsewhere. All package sizes of the Aloha Vanilla and Chocolate Premium Protein blends are subject to this recall, including kits, 14-serving steel tins, and single-serving pouches. Consumers are warned against consuming these products as serious illness can result.

As of February 2, 2015, there have been Aloha 17 reports of illness in victims, with symptoms consistent with staphylococcal food poisoning.

Staphylococcus lawyer Ron Simon, who has represented thousands of food poisoning victims including Staphylococcus victims, warns that infection with Staphylococcus can lead to gastrointestinal illness, and in some cases can belief-threatening. Victims are encouraged to seek medical attention and then speak to a food poisoning lawyer to preserve any potential legal rights.

US Department of Agriculture foodpoisoningnews - January 17, 2020
0

US Department of Agriculture foodpoisoningnews - January 17, 2020
0