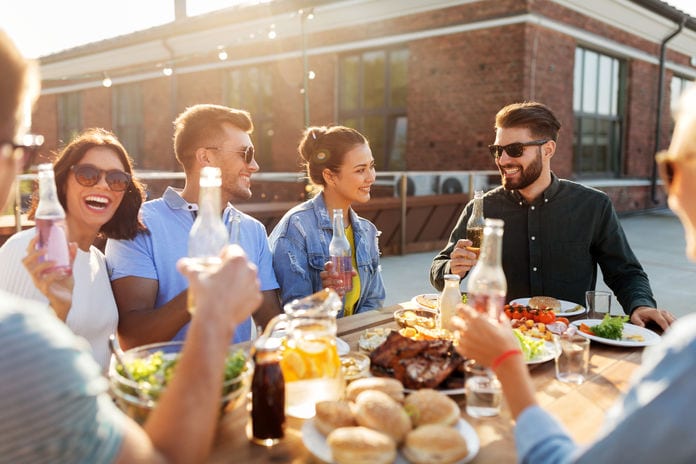 As temperatures continue rising during the summer months, foodborne illnesses are also on the rise. Food poisoning is more common during warmer weather because foodborne illness causing bacteria— such as Salmonella, E. Coli, and Listeria— thrive at increased temperatures. Temperatures ranging from 90 to 110 degrees Fahrenheit allow bacteria to reproduce, specifically with added moisture, such as humidity. Cooking and eating outside during warm weather, such as at a barbecue or picnic, increases the likelihood of contracting food poisoning; thus, certain steps should be taken to avoid summertime food poisoning.

One of the main components for preventing spoiling food is storing foods at proper temperatures. Perishable food items, such as meat, poultry, seafood, and pasta or potato salad, should be chilled as long as possible. When transporting items in a cooler, make sure the cooler is insulated and that it contains several layers of ice or ice packs to ensure the food is kept below 40 degrees Fahrenheit. The same method should be used with leftovers to avoid spoiling. Leftovers can last for as long as 2 hours at temperatures above 40 degrees Fahrenheit, but only 1 hour if outside temperatures are above 90 degrees Fahrenheit. Any perishable items left for long periods of time in the “danger zone”, meaning temperature ranging from 40 to 140 degrees Fahrenheit, are subject to food poisoning if consumed. The danger zone range of temperatures is the perfect environment for dangerous bacteria, such as E. Coli and Campylobacter, to reproduce rapidly and result in food poisoning if consumed.

The importance of sanitization should not be underestimated when it comes to food poisoning. By properly washing hands and separating raw and cooked foods, foodborne illnesses can be avoided. Hands should be washed before handling any food items and all items that have been in contact with food items should be cleaned between uses as well. For example, utensils and cutting boards used on raw meat should be cleaned before use with cooked meat. Marinades used on raw meat or seafood should either be disposed of or cooked before consuming to kill bacteria. Measuring internal temperatures of meats, poultry, and seafood is necessary to determine whether food is undercooked and if all potential foodborne illness causing bacteria has been killed. The CDC officially recommends that the following temperatures should be reached to assure meat is not undercooked: 145 degrees Fahrenheit for beef, pork, fish; 160 degrees Fahrenheit for hamburgers and ground meat; and 165 degrees Fahrenheit for chicken or turkey. By taking all proper precautions while preparing and handling food, summertime food poisoning can become a thing of the past.