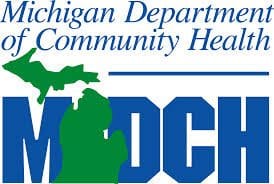 Officials from the Michigan Department of Community Health and the Michigan Department of Agriculture and Rural Development are reporting the identification of at least 5 adult victims of an E. coli outbreak linked to ground beef that has been served at multiple locations in the counties of Kent (Grand Rapids, MI), Livingston (Howell, MI), Oakland (Pontiac, MI), Ottawa (Grand Haven, MI) and Washtenaw (Ann Arbor, MI).  According to Washtenaw County Public Health spokeswoman Susan Cernigli, state officials and the USDA are focusing on undercooked ground beef as the source, which at least one unnamed state official admitted was served at several restaurants in multiple locations.

The victims identified so far experienced an illness onset between April 22, 2014 and May 1, 2013, and though none of the victims have developed life threatening hemolytic uremic syndrome, or HUS, at least three of the victims are reported to have been hospitalized. Fecal testing has also determined that there is a common source for the victims in this outbreak, though the source has not yet been named by state officials.  This particular strain of E. coli, O157:H7, is the most common cause of food borne illness among the various toxic E. coli strains, and is often linked to outbreaks of meat and poultry.

The Michigan Department of Community Health’s chief medical executive, Dr. Matthew Davis, took the opportunity to remind consumers that ground beef should always be cooked to an internal temperature of 160 degrees, something these restaurants obviously failed to do.

National food poisoning lawyer Ron Simon, who is in the Midwest at this moment working to resolve a number of E. coli cases in that region, stated “the fact that restaurants are serving ground beef that was not cooked to an internal temperature of at least 160 degrees is disturbing, but what is more disturbing is the fact that the beef was contaminated with E. coli to begin with.”  Simon went on to explain that the majority of cases of E. coli poisoning are the result of human or animal feces getting into the food at some point in the foods production and preparation.

If you or a loved one has gotten sick form eating undercooked beef in Michigan in the last 30 days, Ron Simon & Associates encourages you to seek medical attention, get tested, and if you test positive for E. coli, call our office immediately and speak to an attorney.