Although the investigation into the nationwide outbreak of Salmonella Virchow linked to consumption of Garden of Life RAW Meal is over, as this site has previously mentioned, that does not mean that outbreak cases will stop being confirmed.

Many writers and consumers conflate CDC and FDA announcements that an outbreak investigation is over with an announcement that no new outbreak illnesses will occur. However, nothing could be further from the truth.

Only a select portion of the population is aware of any given recall at any given time. Of that portion, only some will check their pantries for recalled product. This may be for a number of reasons: the consumer hears about the recall while out and about and forgets by the time they get home, they don’t believe the product they have in their pantry or freezer is the same one as was recalled, and so on.

This means that there are thousands upon thousands of bottles, bags, cans and jars of recalled food product out there – especially product with long shelf lives.

Take, for example, the outbreak of pistachios that was recently declared over. Thousands of bags of pistachios were sold to consumers before the recall was initiated, and common sense dictates that not all of those packages were thrown away. It is more than likely that, at some time in the future, someone will become ill from consuming those nuts.

As of April 21, 2016 – the date that the CDC declared the investigation into the outbreak over – 33 people had been infected with Salmonella Virchow linked to the Garden of Life product. The infections spanned 23 states.

Six people required hospitalized due to the severity of their illnesses; however, no there have been no fatalities as a result of the outbreak.

As we noted in our post regarding the end of the FDA investigation into the outbreak,

The CDC release announcing the end of the outbreak also contemplates future illnesses, stating that “consumers unaware of the recalls could continue to eat the products and get sick.” Throughout the remainder of the final outbreak announcement, the CDC indicates that it expects additional outbreak cases to be confirmed as time passes and unaware individuals consume the contaminated powder.

This seems to have been exactly what occurred in Wisconsin, where the Wisconsin Department of Agriculture, Trade and Consumer Protection (DATCP) recently released an announcement regarding a “New Salmonella case linked to recalled Garden of Life RAW Meal purchased online.”

The release noted that, despite the recall associated with the outbreak earlier this year, the product may also still be for sale by online retailers and on sites such as eBay.

Regarding the new confirmed case, DATCP says it is collaborating with Wisconsin Department of health and the FDA to investigate the illness, “including tracing the source of the contaminated product.”

This would be Wisconsin’s second confirmed case in the outbreak, as officials confirmed one case prior to the conclusion of federal investigations.

If you or a family member became ill after consuming a Garden of Life Raw Meal product or have otherwise been affected by food poisoning, please fill out our case evaluation form or call us toll-free at 1-888-335-4901. One of our attorneys will contact you to discuss your case at no cost to you. 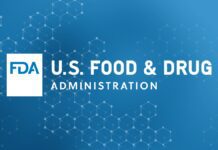 Oscor Inc. Issues Voluntary Worldwide Recall of Destino Twist Steerable Guiding Sheath Due to the Risk of the Device Hub Cap and Seal on...