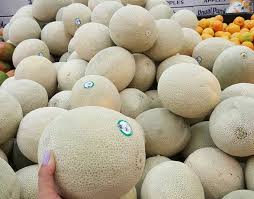 Pre-cut melons that are potentially contaminated with salmonella have been voluntarily recalled by distributor Caito Foods. Fresh cut watermelon, honeydew melon, cantaloupe, and fresh-cut mixed fruit containing these melons were produced at the Caito Foods facility in Indianapolis, Indiana. The potential for salmonella contamination in the melons was discovered after reports made by the state department of public health were analyzed.

The Food and Drug Administration (FDA) and the Centers for Disease Control and Prevention (CDC) are continuing to investigate the outbreak. The CDC has identified 60 illnesses that are linked to melon consumption, including 31 hospitalizations. Over half of the illnesses related to salmonella contamination have been reported in Michigan – where most of the Salmonella Melon Lawsuits will likely be filed.

Potentially contaminated pre-cut melon products were packaged in clear, plastic clamshell containers and distributed in Georgia, Illinois, Indiana, Kentucky, Michigan, Missouri, North Carolina, and Ohio between April 17 and June 7, 2018. Some of the products could still be on store shelves. Consumers are advised not to purchase them and, if they have purchased them already, not to eat them.

Salmonellosis, the infection caused by salmonella bacteria, often results in acute gastroenteritis, an illness that usually results in diarrhea and/or vomiting due to severe inflammation of the stomach and intestines caused by the bacteria.

If you have purchased or consumed the recalled, potentially contaminated pre-cut melons distributed by Caito Foods, please contact the food poisoning lawyers at 1-888-335-4901 to learn about the possibility of a Salmonella Melon Lawsuit.